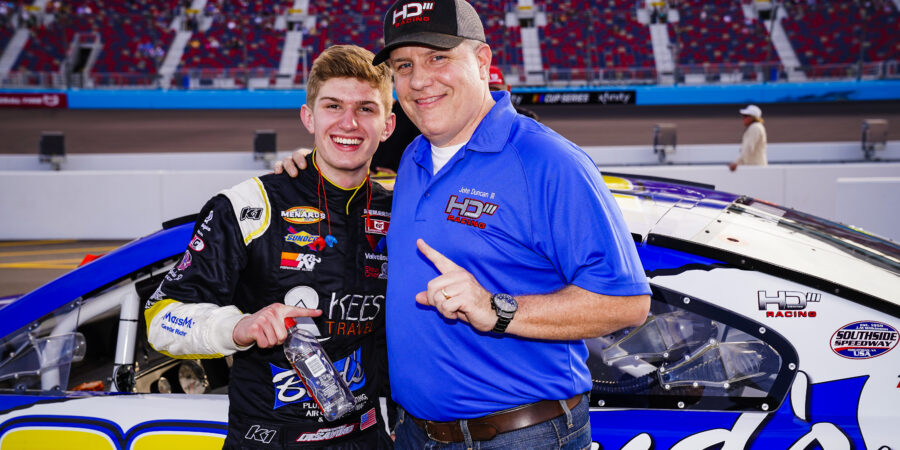 Howie DiSavino visited Phoenix Raceway for the first time in his career with the ARCA Menards Series and Win-Tron Racing for the second race of the tour’s season.

After starting 16th, Howie was fighting for position with another competitor until contact in turn one put Howie sideways and into the SAFER barrier just past the halfway point of the event. He was credited with a 21st place finish.

“We had an awesome race today, but unfortunately we couldn’t do every single lap, got put into the wall,” Howie said afterwards on a social media video.